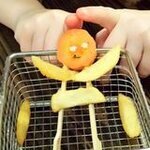 By Exe_uz, April 6 in DumaOS on Netduma R2 Support