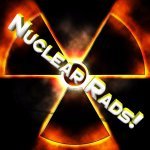 vpn hybrid Could you add these on the VPN Hybrid Portion =)

By TheWraith, November 2, 2018 in Feature Ideas & Improvements for DumaOS