Question about routes to a server 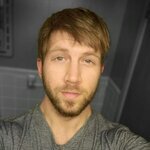 By Gunethical,
August 13, 2021 in DumaOS on NETGEAR Nighthawk Support