The ability to group devices in the Device Manager 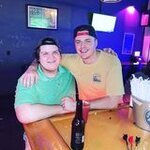 By jtrenaud1s,
August 1, 2021 in Feature Ideas & Improvements for DumaOS