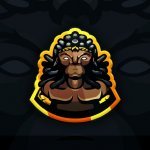 By velloonythedeity, December 25, 2017 in Off Topic