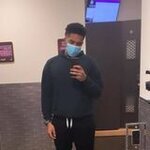 By swippur, May 19 in Community Discussion