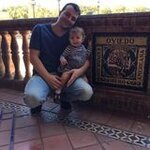 By Jarana, January 27 in Call of Duty Support