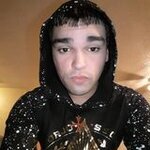 By Rodney Rosado3, November 7 in DumaOS on NETGEAR Nighthawk Support